After many years of secondary school teaching, Chris and Andrea McCallum decided to learn something new themselves, and planted a small olive grove in Devon North, approximately 5 kilometres north-west of Yarram on the Tarra Valley Road. 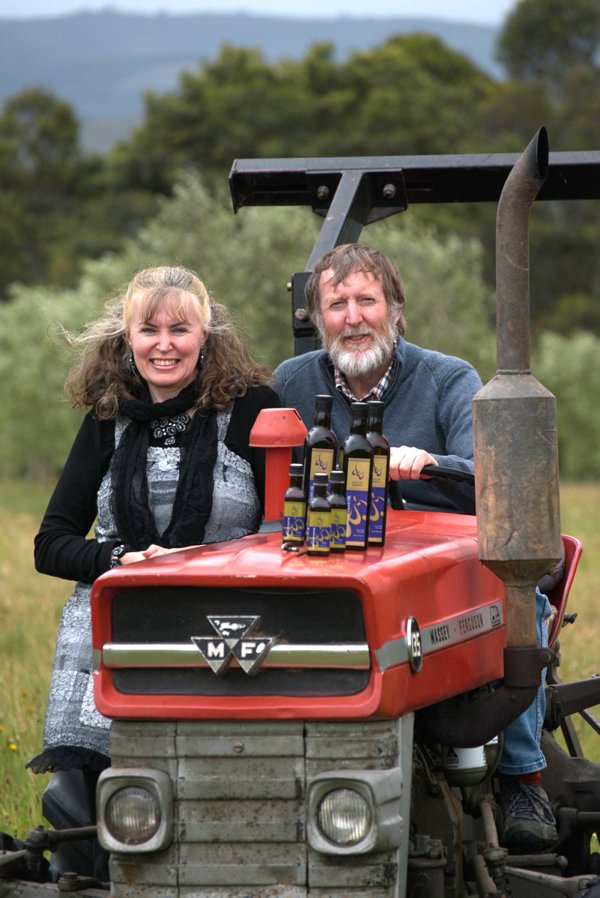 The locals in this traditional dairying district of Gippsland were very interested in the venture, but sceptical of how successful olive growing would be in this part of the world. However, now that Devon Siding has been established for over ten years, Chris and Andrea's gamble is beginning to pay off.

After two disappointing years as a result of prolonged drought in 2008 and then the bushfires of 2009, the grove has produced bumper crops with an excellent oil yield. In 2010, Devon Siding produced a little over 200 litres of high-quality extra virgin olive oil, which was sold in 500ml bottles from selected stockists.

Extensive research into successful olive varieties in Northern Italy led to the selection of Corregiola and Frantoio varieties as the primary olives at Devon Siding. Other varieties were planted on a trial basis and Jumbo Kalamatas have been the only slight disappointment.

The railway track at the top of the Devon Siding logo is symbolic of the railway that used to run through the property from Yarram on its way to the historic timber cutting settlement in the Mullungdung forest.